"Would you like to improve your chances to make money as an actor or performer regardless of where you live?"

In 1991, I started the Actors' Network, a business organization for actors that has operated successfully for 30+ years right here in Los Angeles.

The founding aim was to help actors with any and all audition/casting scenarios and general business situations that they had, were having or might eventually encounter in the entertainment profession.

AND THERE ARE MANY!

Over the past twenty years, I have personally coached hundreds of actors with extraordinary talent who have won awards --- yes, even an Oscar.

AND I WANT TO HELP YOU!

I know I know. I'm just another head and voice with an idea or two that you really don't need.

But if you are tired of doing the same thing in your entertainment pursuits and still getting the same results, don't let me get in the way.

If you're done. You're fully baked and ready for something different... 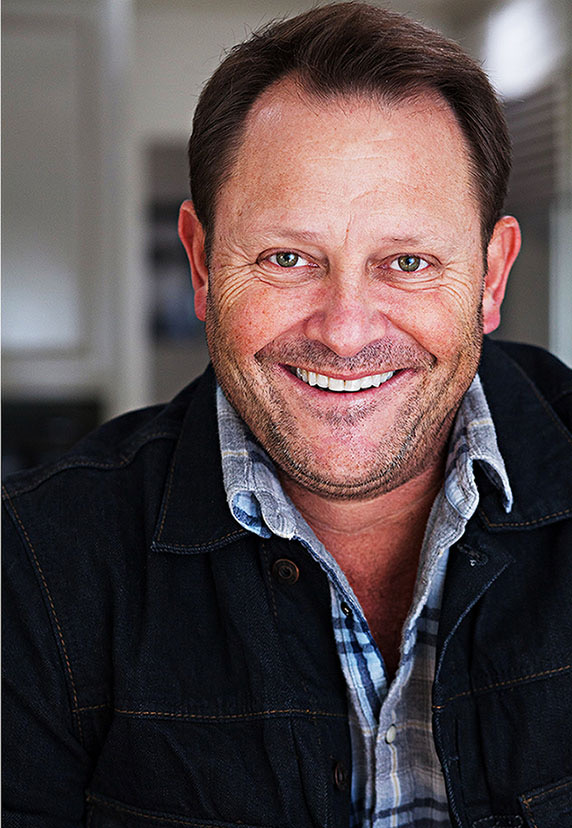 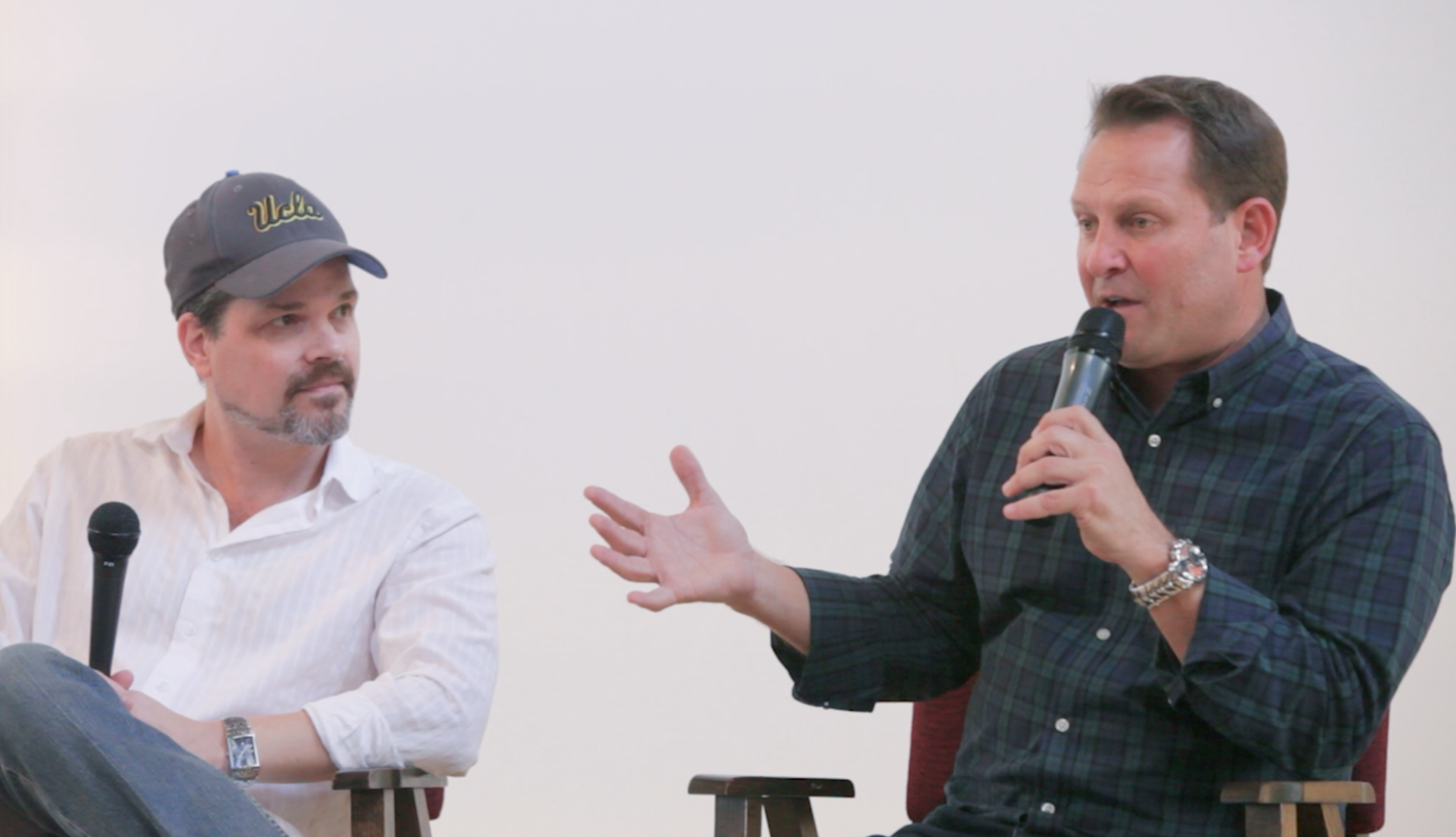 I am in the trenches with you and my 2022 Demo Reel is off to your right.

I'm not sitting on my hands. What I teach you, I use myself.

But Kevin, doesn't it get any easier for you by now...?

Of course it does. When I'm not on set every day, I'm pruning my money trees and picking $100 bills off branches.

Seriously, do any of us really want to put in the time to really grind for auditions and other acting opportunities? Don't we all just want to sit by the phone until it rings?

I think maybe I had a week like that back in 2000 shortly after I appeared on ABC's "Lost."

Then it was back to the grindstone.

"But what if I love making the same actor mistakes over and over...?"

"I've made more mistakes in my acting career than you'll make in yours. Let me help you."

There's no need to go through your actor journey alone when I have a time-tested plan to help you achieve your entertainment success!

I HEAR YA! WHO NEEDS A HAMMER WHEN OUR FOREHEADS WILL DO PERFECTLY FINE?

Believe me. I did this ALL by myself for a long time and have the dent in my skull to prove it!

Then I founded a circle of like-minded individuals who shared my aims, goals and ideas and we agreed to learn from each other's mistakes!

And if you are doing that already --- YOU DON'T NEED ME!

Believe me. I know that someone is living in their car right now with a crystal clear vision of where they'll be standing on Oscar Night in 3-5 years.

They don't need my experience when their burning desire to be a successful actor is an all-consuming passion.

Some of us need a push once in a while. A clear path from one place to the next. A guide when things get difficult --- or seem to be.

WARNING: The following video contains SHOCKING images of someone who would like to help your acting career!!

I know. I know. Those images might have been too much for you...

I understand if you need to go...

If you're still reading with your headshot and resumé in hand ready for your close-up...

Acting training today is outstanding at the collegiate and national levels around the world. Very often, that credential or degree will assure your career moves along quickly on the acting side of things.

There is the business side too.

And my approach is not "get success quick." In fact, it's a process.

Like my golf game, it took time to get my handicap to single digits.

But some of us need success and skill mastery now!

If you need something more immediate, I know you will find what you're looking for, but it's not here.

I spend the early part of my program explaining my philosophical approach to "paid" acting work. I want to make sure that your mind-set is ready for what will be a lifetime pursuit of booking paid acting work! 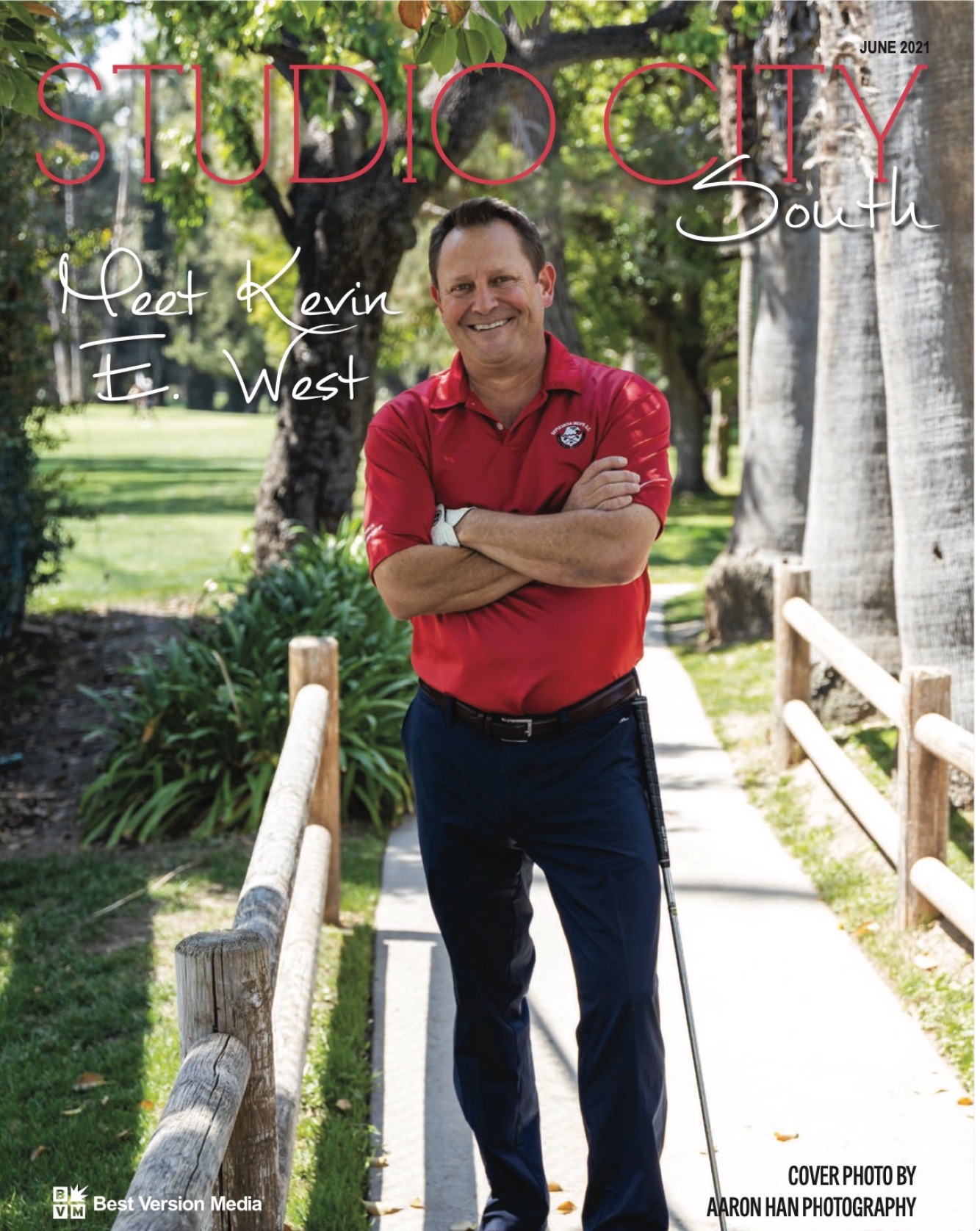 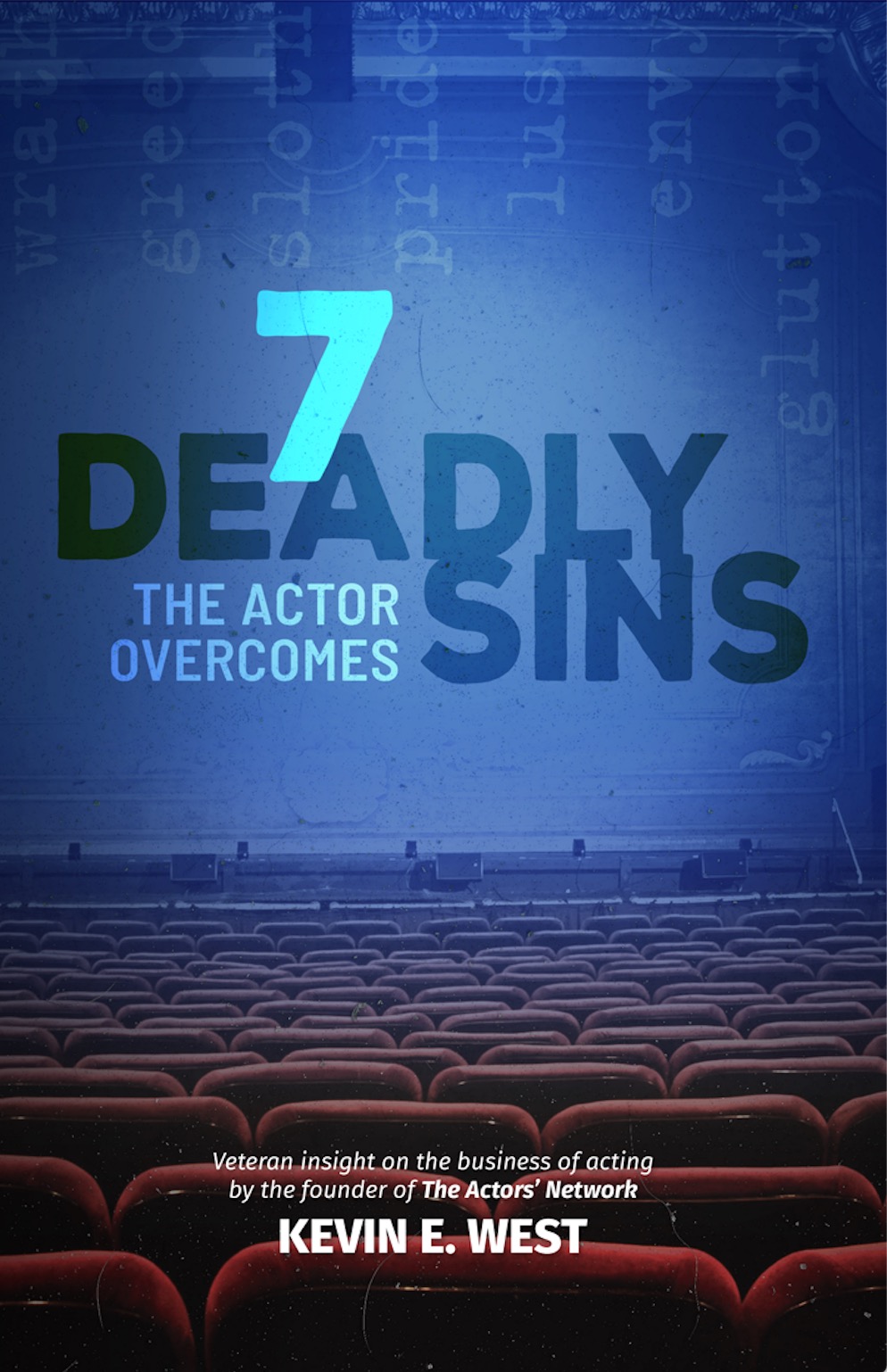 "What is The Actor MBA?"

Let me start with a book I wrote almost ten years ago.

The aim was to help actors overcome problems in their acting career. Naturally, it assumed that many readers already had a career and would understand the common pitfalls therein.

It became clear there was a need for all actors, regardless of where they were on their creative journey, to establish and maintain both a mindset and habits to pursue and book paid acting work.

In "The Actor MBA" program, I become the manager you never had but always wanted...

Think of it as a practical guide rooted in my personal acting experience, industry expertise and the actionable daily tasks that I still do every day!!

I absolutely know --- deep down --- that 95% of actors want the "process" to begin and end with headshots and representation. That makes time for more movies, coffee dates and acting class. Only thing left to do is to show up to auditions and have a great career!

I have done enough one on one consultations with actors at all levels, that this is the common frustration whether you're just starting out or an established series regular.

I am also well aware that we tend to view the "business" side of an acting career as some version of actual pursuit like the daily objectives of a typical salesperson...

There is extraordinary value in a quality "actor business" education.

So often, when asked, most actors believe they’re personally prepared to handle any actor business situation anywhere, from anyone about anything. And that's not always the case largely because the acting profession is very subjective and very fluid.

What works for one casting director, might not be shared by another. And this person's advice is the exact opposite of that one's.

The outcome of this reality is that most actors seeking paid acting work are often left disappointed and confused which commonly leads to an avoidance of their career pursuits.

The Actor MBA program provides you the essentially important, time-tested information and insight to properly assess with confidence the subjective and objective elements of this business, which can then move you forward towards ultimate success.

"How do I know that Kevin is the right fit for me?"

Here's What The Industry Says... 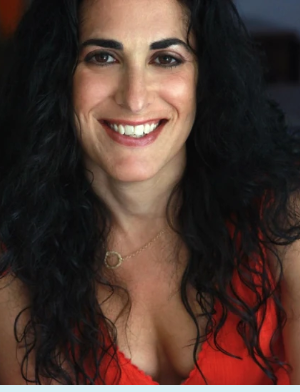 “What I love about Kevin is that he has been in the trenches as a working actor in Hollywood for years. He knows the in's and out's of what it takes to be successful in this business. It is scary traversing the show business landscape and the actor’s life. If anyone can help guide you on your path it’s Kevin E. West.” 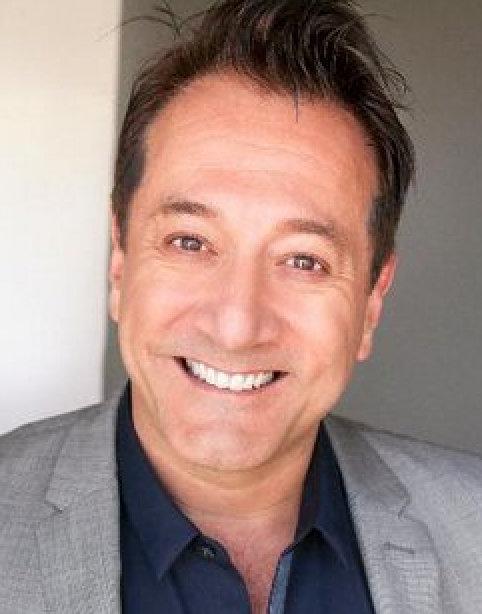 “I’ve gotten to be a speaker at The Actors’ Network several times in the 21st Century. I’ve gotten to see first-hand what Kevin E. West does for the actors in this industry. From his amazing company to his own personal extensive career and the dedicated volunteerism at SAG-AFTRA, I can say Kevin is one of the best people in “Hollywood”. It’s my pleasure to be a part of his world” 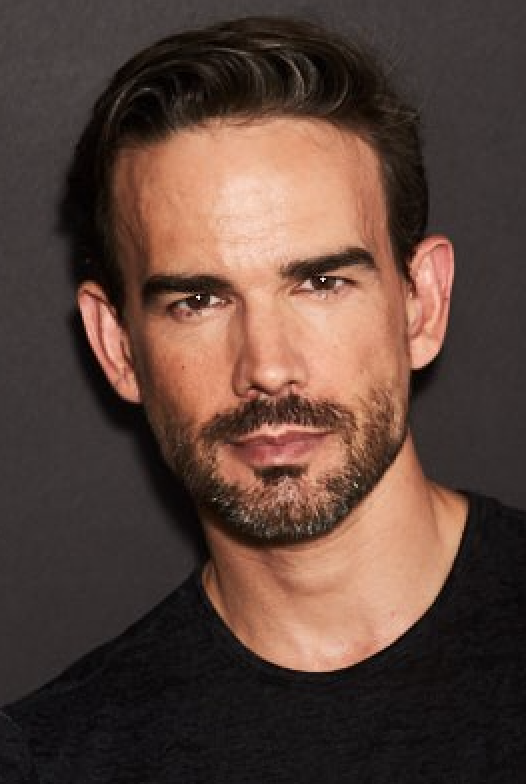 “What I’ve always loved about Kevin is his practical approach to this inherently emotional business. In his book, discussions and coaching he deftly points out what to avoid in show business and, more importantly, what to embrace.”

In May 1991, I sat down in Los Angeles with several of my acting peers. What evolved from there became the most awarded actor/performer business organization in the history of the United States - The Actors Network.

Because it was based upon truth, integrity and human experience. As the sole founder, I can tell you I wasn’t given a multitude of awards or voted "Best in L.A." by BackStage West readers because I made success guarantees or promised a perfectly numbered set of steps to “book more work.”

I'll say it again. The business of the acting profession is a deeply subjective and complex journey for all actors/performers who choose to embark upon it.

My history and my standing were proven by the hundreds of actors who built careers from my expertise by knowing that each actor is a person...

and each person is different.

Hundreds of industry professionals spoke at The Actors’ Network over its multi-year lifespan for FREE!

Because they knew ... One size does not fit all in the pursuit of a paid acting career!

And here's what you get:

PLUS THESE PERSONALIZED BENEFITS ($250 Retail Value):

Each Month: (3) Business of Acting questions answered by Kevin via video!

Each Month: (3) Business of Acting questions answered by a veteran Hollywood Insider professional PLUS additional insight from Kevin on all three!

I personally guarantee if you're not completely satisfied in the first 30 days --- I will refund your money!!!